The Speckled Rattlesnake is found in rocky and mountainous regions of Cave Creek, and not found in flatter areas. 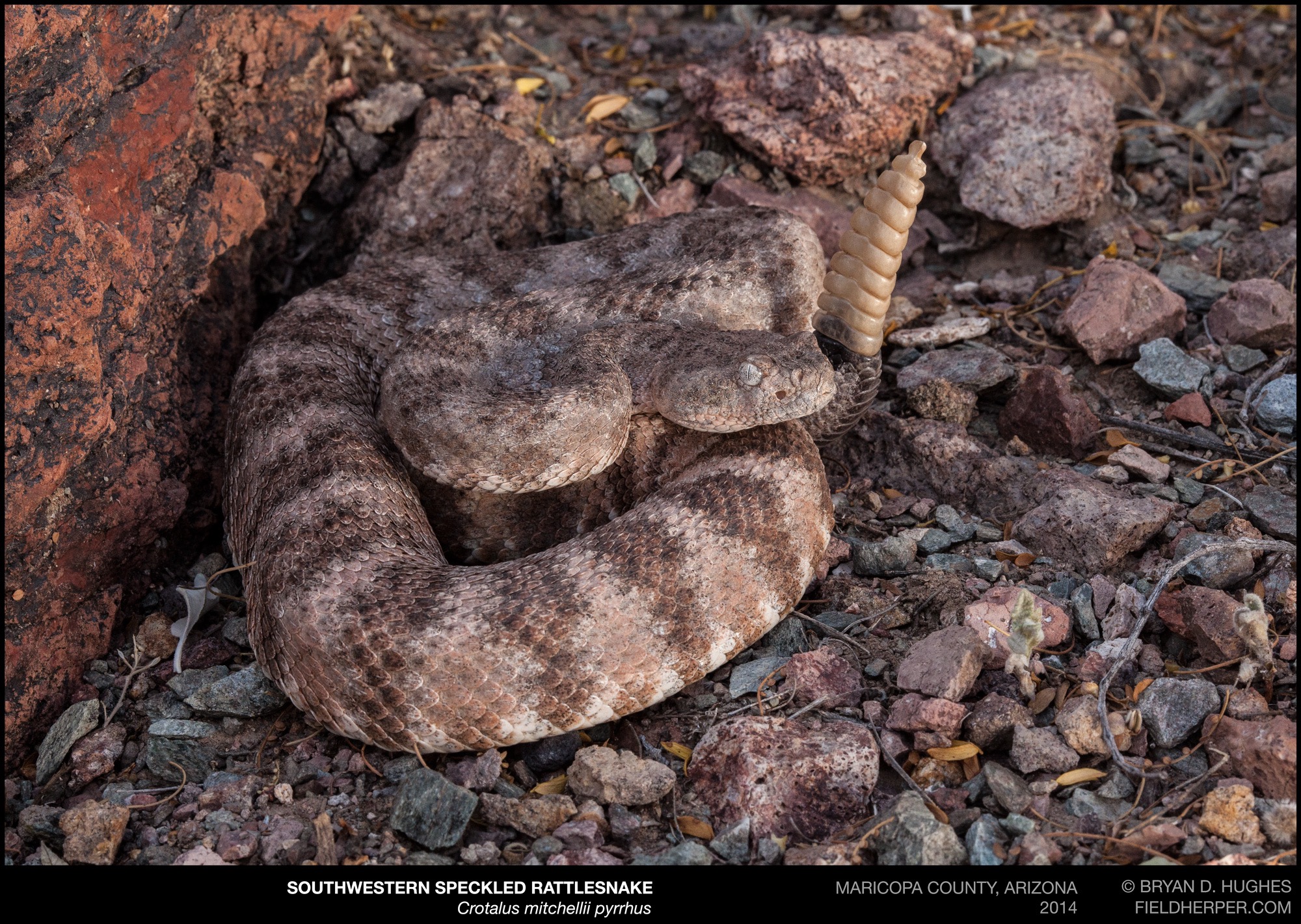 Speckled Rattlesnakes in the Cave Creek area are a medium-sized rattlesnake, reaching an adult size of around 3′. Most we have documented in the area are smaller, in the 2′ range. They are heavy-bodied and can be differentiated from the similar-looking Tiger Rattlesnake by the larger head, reddish or orange coloration, and incomplete or speckled bands that are not as well-defined as those of the Tiger.

Speckled Rattlesnakes are one of the most highly variable species of snake in the U.S. The same species, in other parts of the Phoenix area, may be blue, grey, or other shades of red. In Cave Creek, however, they are all within the reddish or orange color phase. Some exceptions may exist in areas with black, volcanic outcrops, but even these carry reddish undertones and are easily identified as a Speckled Rattlesnake by this fact.

Speckled Rattlesnakes are commonly seen while hiking, but less commonly found in yards in Cave Creek. They also are sometimes misidentified by locals and unknowledgeable bloggers as a “Mojave Red” or “Pink Mojave”, but are not related to Mojave Rattlesnakes. 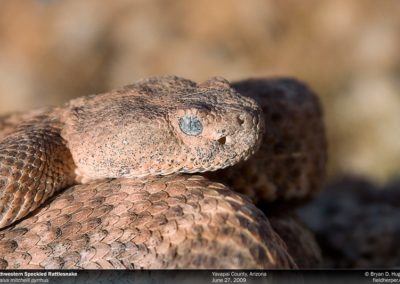 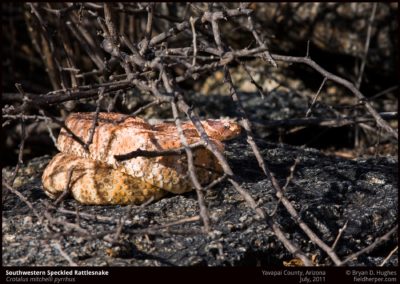 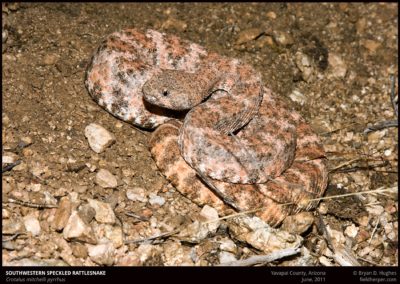 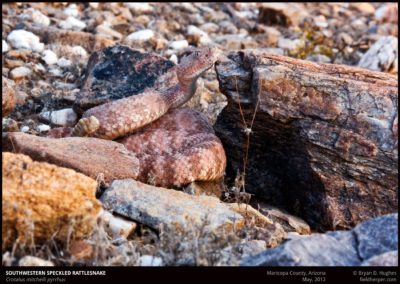 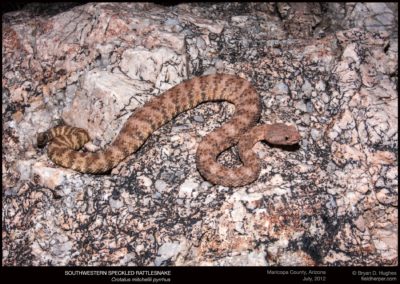 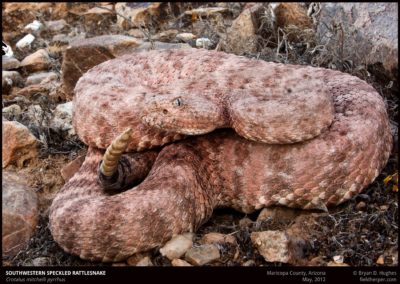 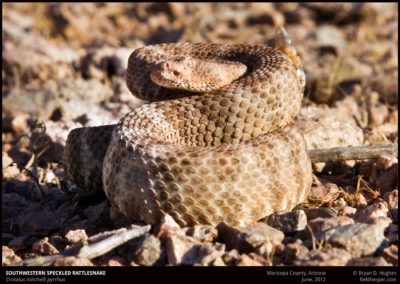 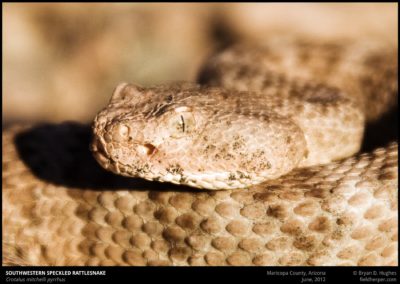 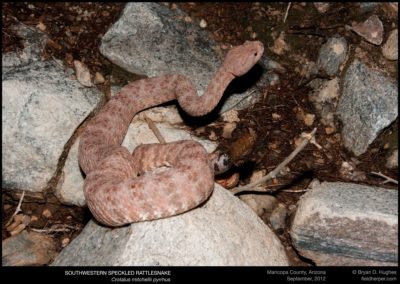 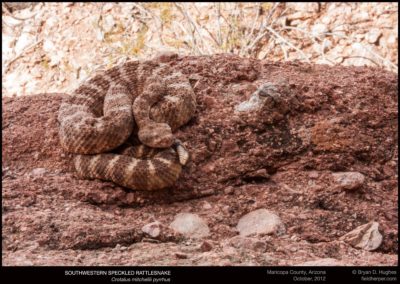 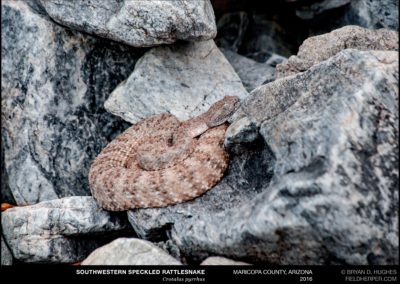 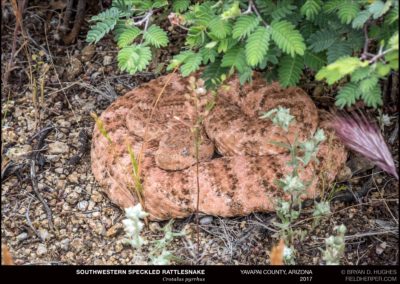 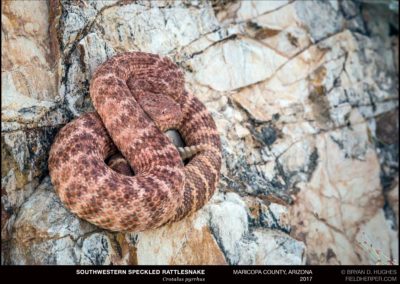 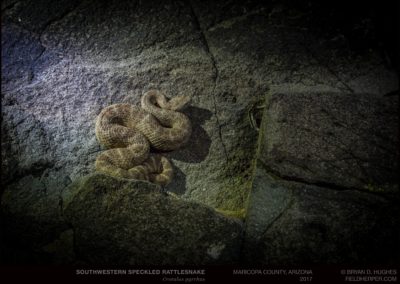 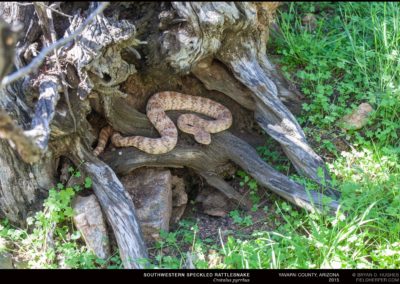 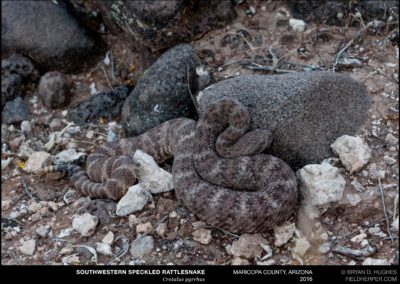 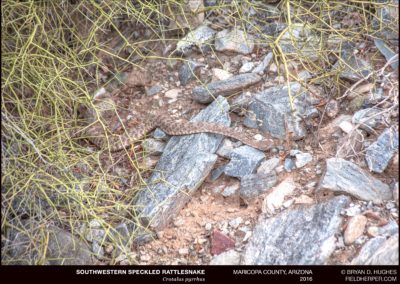