Lyresnakes are secretive, nocturnal snakes that live in rocky areas and mountain crevices. Though they are fairly common, but rarely seen by homeowners and hikers in the Cave Creek area.

Lyresnakes are relatively long, thin snakes with a large head and noticably large eyes. In Cave Creek, adults may reach around 3′ in length, though most that we have documented are smaller. Their pattern is a blotched brown or tan with chevrons going down the body, and a distinctive “lyre” shape on the head, for which they are named.

Lyresnakes are slightly venomous, though not medically significant to humans. A bite from this species should still be avoided, however, as the venom can be moderately painful for a short time. They should not be considered dangerous, however, since a bite from a Lyresnake is almost certainly caused by intentional handling. 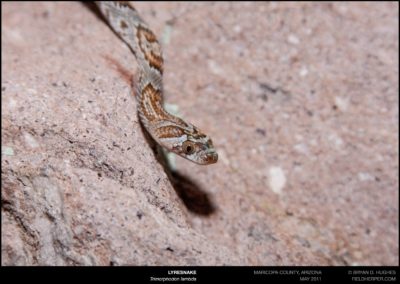 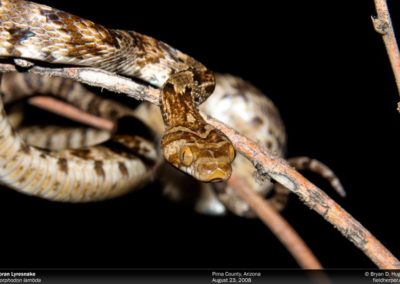 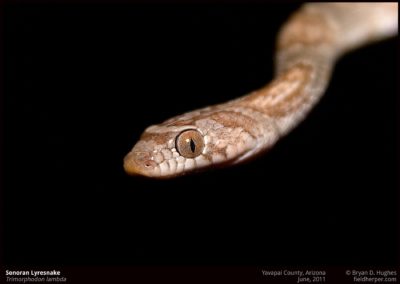 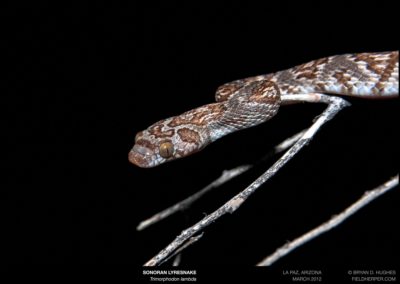 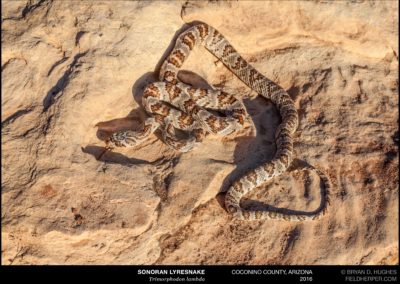 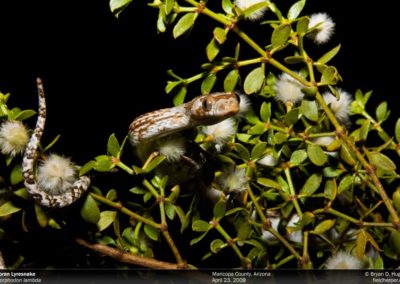 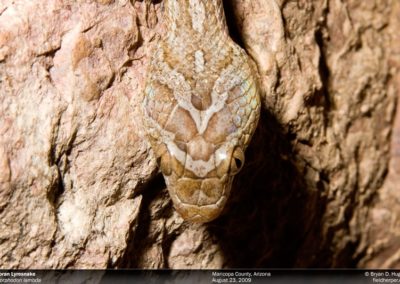 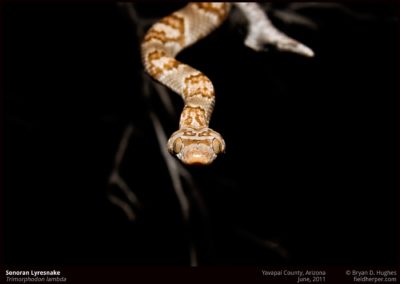 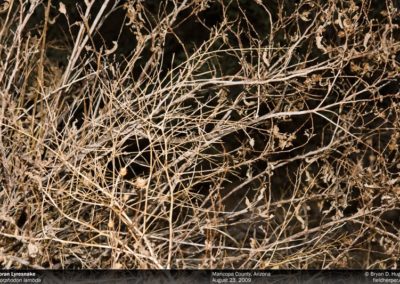 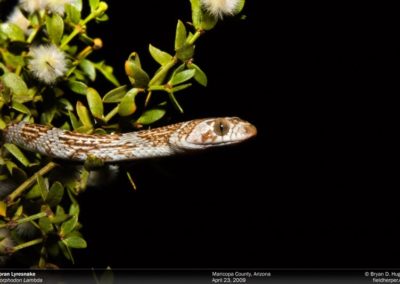 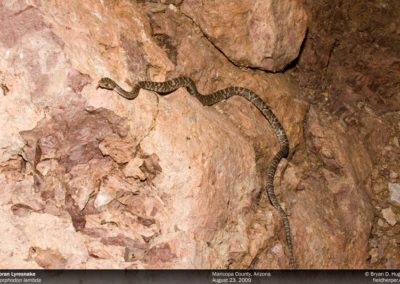