The Sonoran Gophersnake is one of the most commonly seen snake species in Cave Creek, second only to the Western Diamondback Rattlesnake. They can be found anywhere, even in well-developed urban areas. 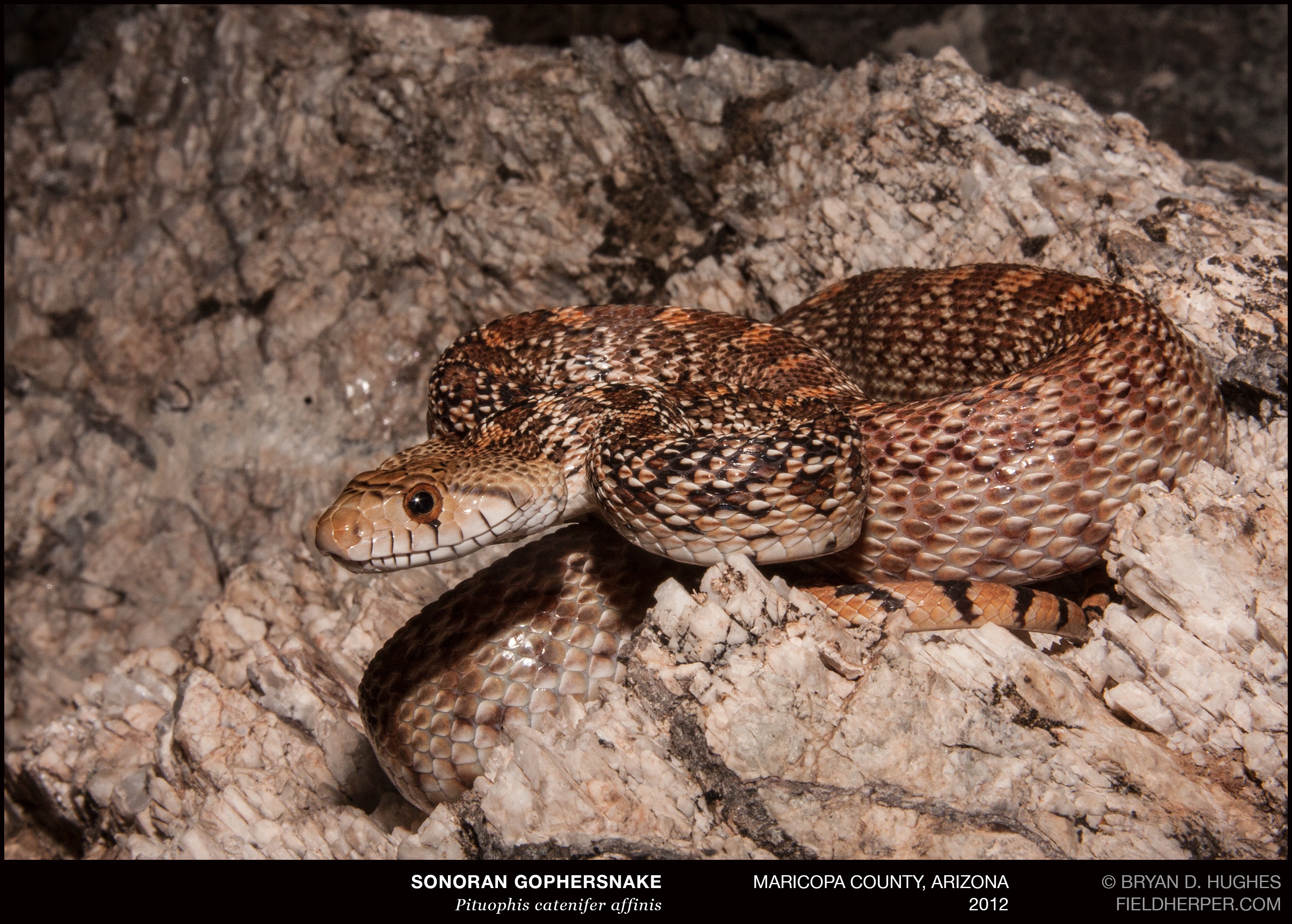 Sonoran Gophersnakes in the Cave Creek area are most often brown or yellow in appearance, but are sometimes described as greenish. They have a noisy pattern of darker brown or maroon blotches that become more solid in appearance near the tail, where it becomes well-formed bands of alternating dark brown or black and yellow, tan, or orange. This can be a large species, reaching sizes of up to 6′, though most are much smaller, an average size in Cave Creek being around 4′ long as an adult.

Gophersnakes are often mistaken for rattlesnakes, due to their pattern, and tendency to also rattle their tails and hiss when in a defensive position. The striped tail can look superficially like a rattle in these situations. Gophersnakes, unlike rattlesnakes, may open their mouth to hiss as part of a defensive display, which is not done by rattlesnakes. While generally easy-going and avoidable, a person who grabs a gophersnake may receive a (non-venomous) bite.

Gophersnakes are extremely adaptable, and can be found in almost any situation. They make due wherever resources are available, and are quite common in even well developed semi-urban areas. This means they can be found in nearly all areas of Cave Creek, regardless of distance from native desert areas. They are relatively intelligent and tend to do things that other species, like rattlesnakes, do not, such as climb walls, trees, and find ways inside of homes and buildings. For this reason, exclusion fencing has varied results with this species. This is of no ill consequence, however, since having a gophersnake in the yard is both completely safe, and in fact may help prevent visits from rattlesnakes by reducing the number of rodents. 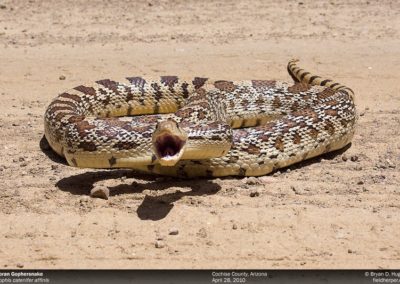 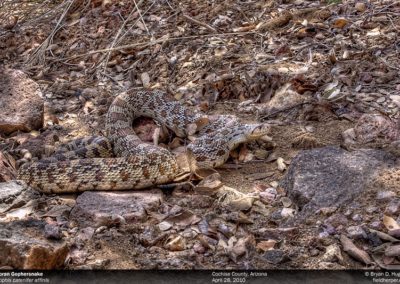 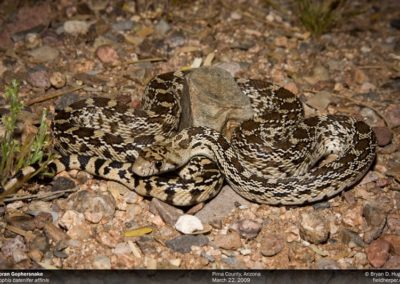 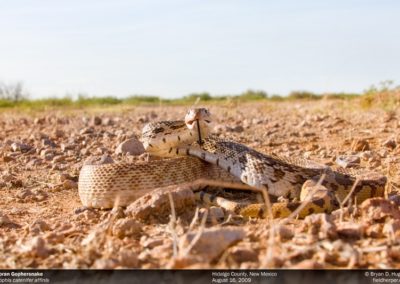 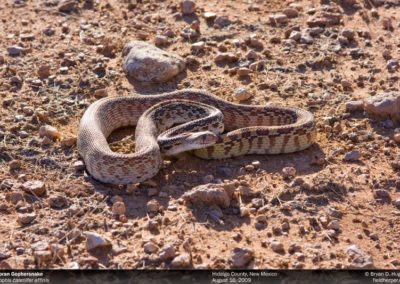 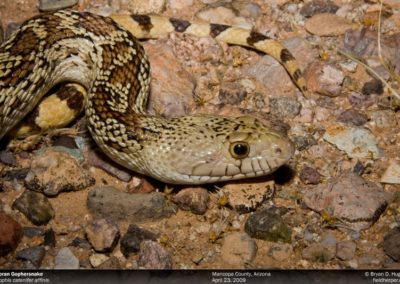 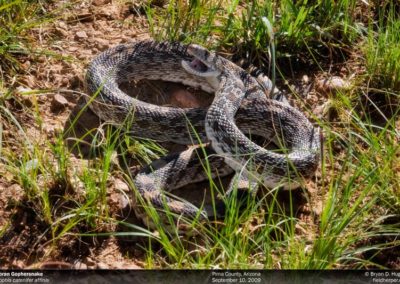 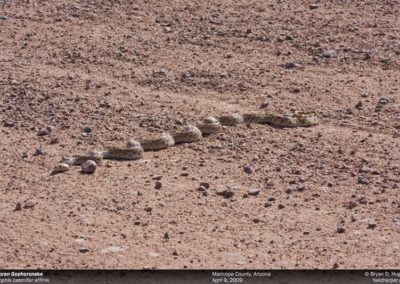 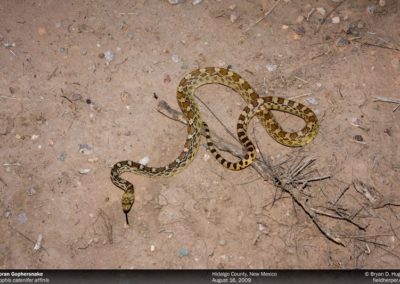 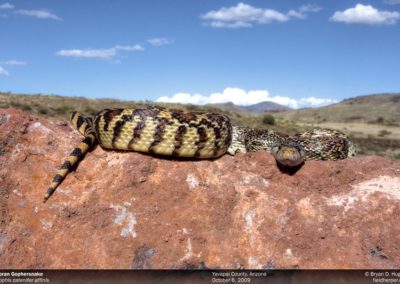 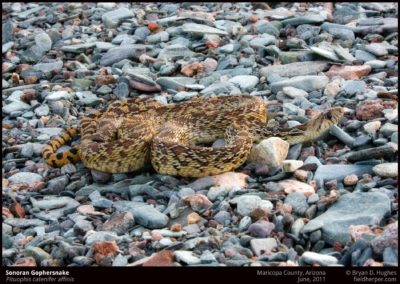