The Sonoran Coralsnake is the only medically significant venomous snake in Arizona that is that is not a rattlesnake. It is very common, but spends most of its time underground and is rarely seen by homeowners or hikers. 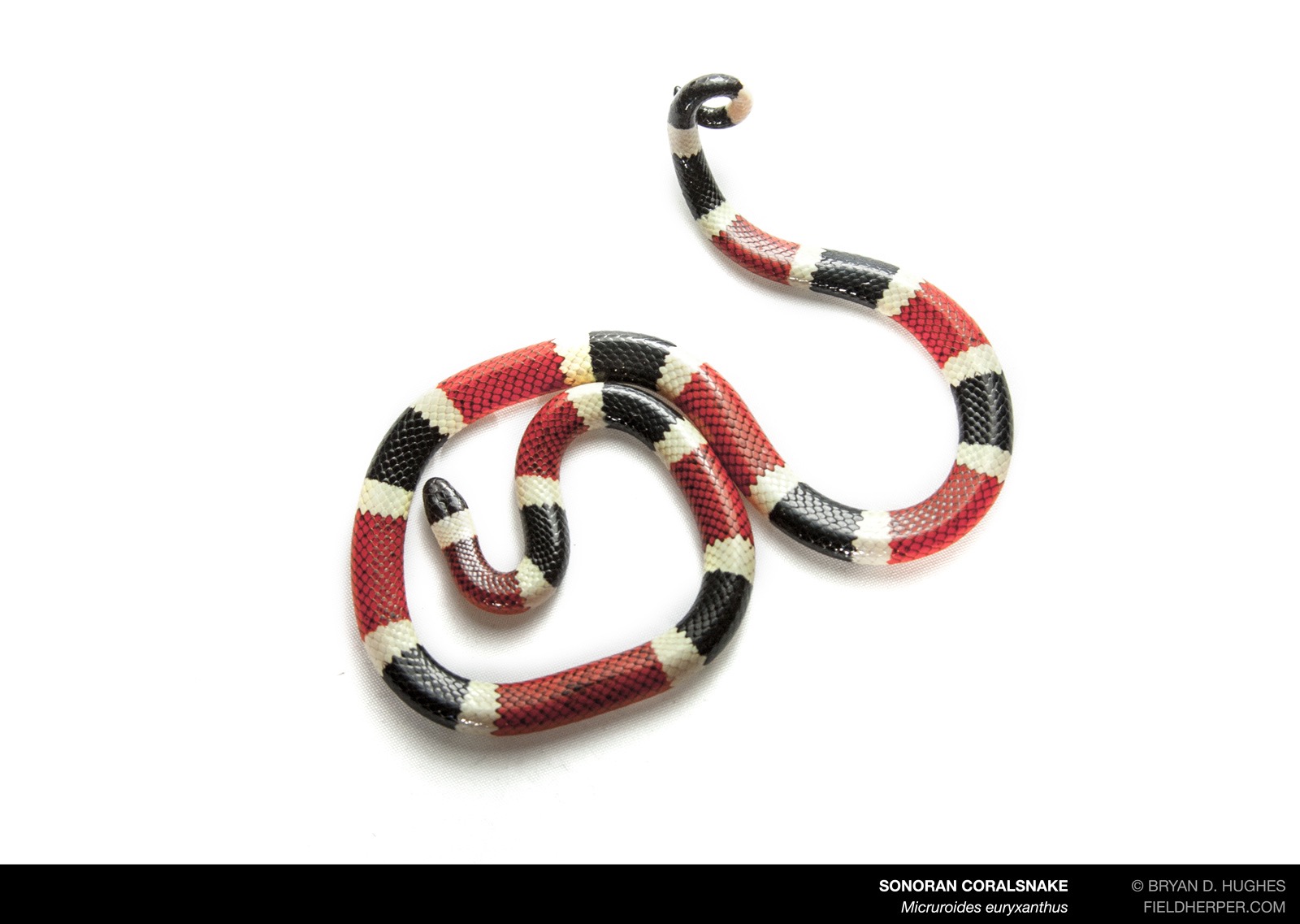 Coralsnakes are small, thin, snakes that reach an adult size of around 16″ in the Cave Creek area. They are very shy animals that spend most of their time underground, searching for small fossorial snakes to eat. They are rarely seen above ground, but do occasionally show up in pool skimmers and dead on roads and driveways.

The Coralsnake is often identified by a common rhyme that has many versions, most of which state something like “red touches yellow, kill a fellow” to differentiate it from other, harmless species. However, in Arizona, the Sonoran Coralsnake may not have yellow at all, instead showing white, or even pink, in its place. There are also several other species of snake that this rhyme could also identify, so it is not an accurate method to differentiate a Coralsnake from other species. It is advised that, as with all snakes, if you aren’t sure what it is beyond all doubt, just leave it alone or contact a professional to identify or capture it for you.

Coralsnakes have a powerful neurotoxic venom, but seldom bite. The preferred defensive display is, instead, to fart and run away … or create a sound from the cloaca (snake butt) and quickly flee using a series of exaggerated twists and turns. If picked up, they may bite, but picking it up is easy to avoid. We are not aware of any instances ever recorded of a truly accidental bite from a Coralsnake that was not initiated by direct, avoidable contact by the victim. While very venomous, Coralsnakes are not aggressive and are not considered dangerous. 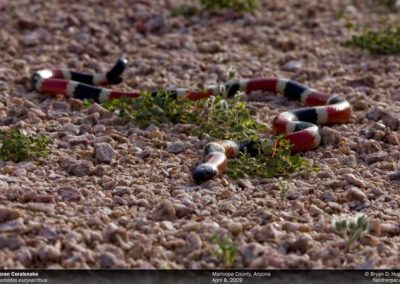 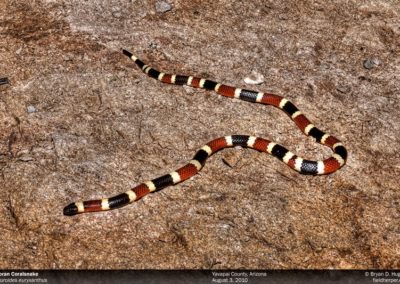 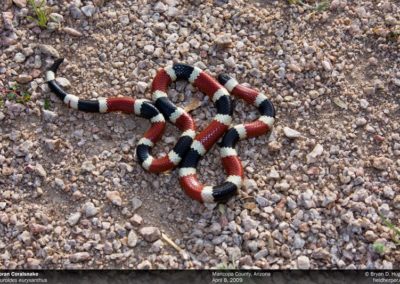 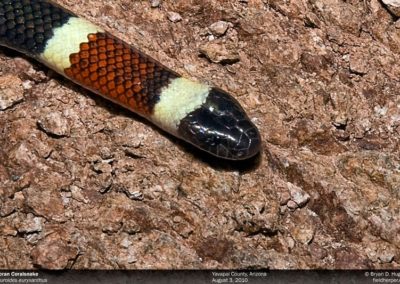 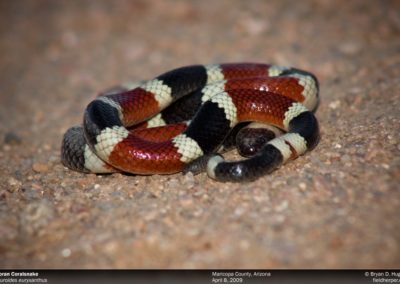 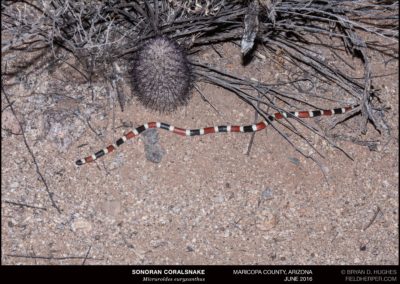 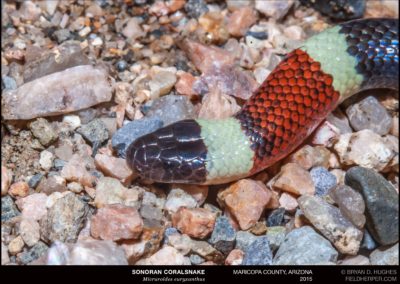 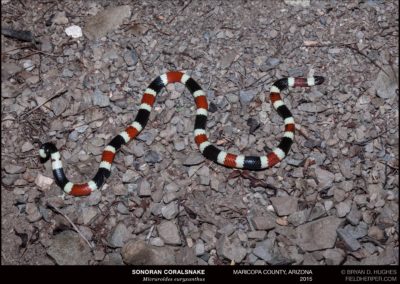 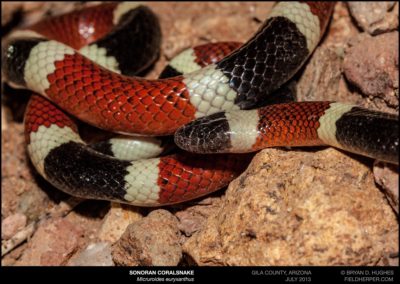 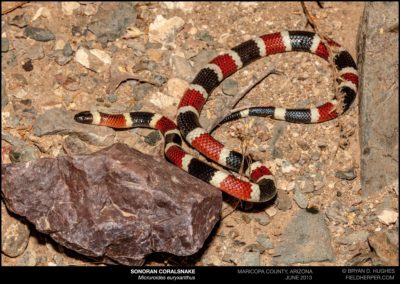