The Mojave Rattlesnake can be found in the flat, open and sandy-soiled areas in the Southern parts of Cave Creek. 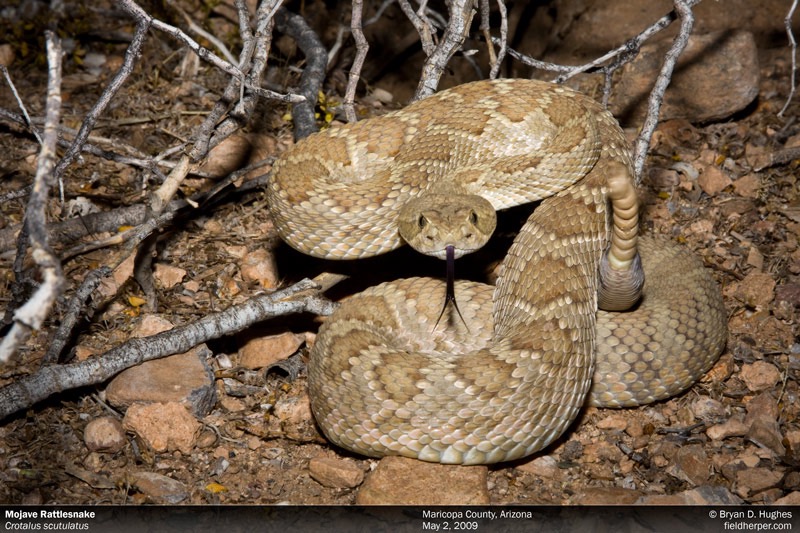 A large Mojave Rattlesnake  may reach 3.5′ in length, though most that we have documented in the Cave Creek area are smaller. They tend to avoid rocky areas, and are not likely to be seen by hikers or home owners living in hilly, mountainous areas.

Though the common name may be “Mojave Green”, most Mojaves found in the area are other colors. Brown, tan, or straw colored are more common, with the green variety being found in other parts of their range far from Cave Creek. This leads to confusion, as any snake that has a green tint is often referred to as a Mojave. Blacktailed Rattlesnakes, which tend to be much more green in color in Maricopa County than are Mojaves, are the most likely to get this false identification.

The Mojave Rattlesnake has a reputation for being overly aggressive, but these stories should be taken with a grain of salt. Mojaves are indeed quick to become defensive and perhaps more likely to strike than some species of rattlesnake, but stories of Mojaves chasing after people or leaping through the air are either misinterpretations of behavior, memories distorted by repeated tellings and time, or flat out lies. 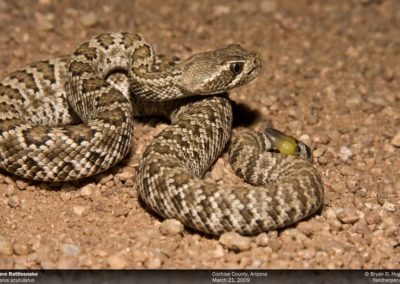 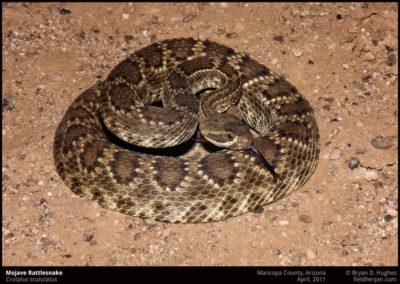 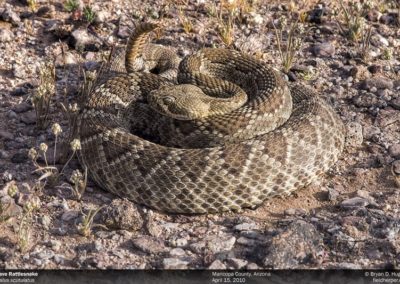 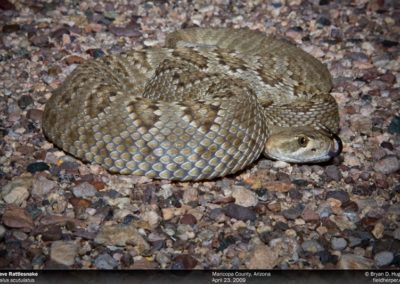 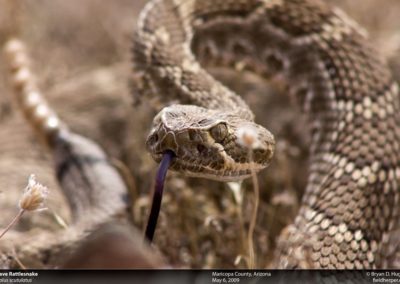 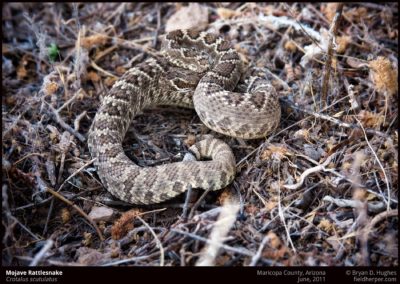 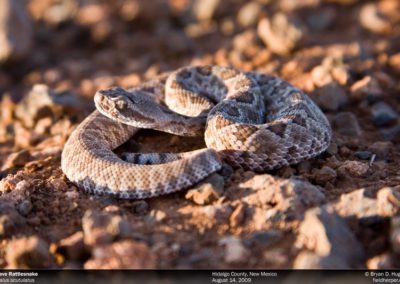 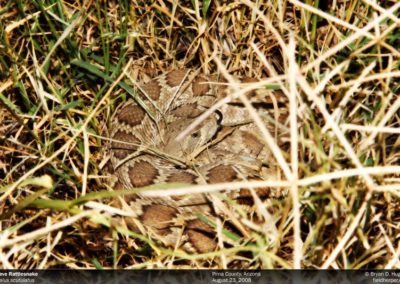 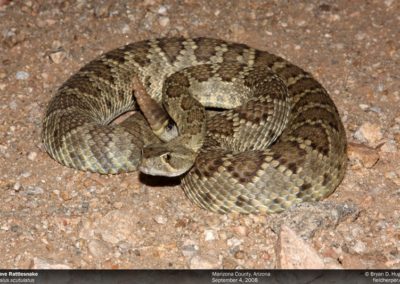 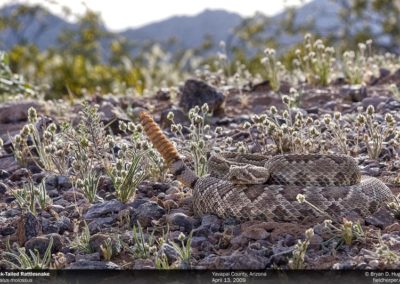 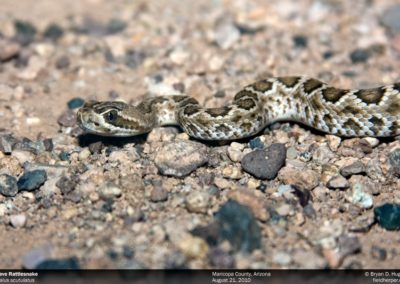 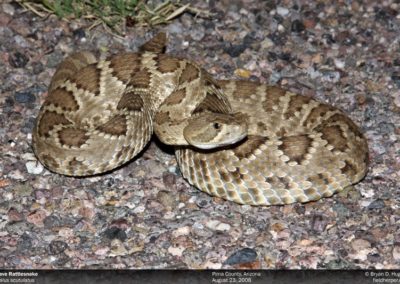 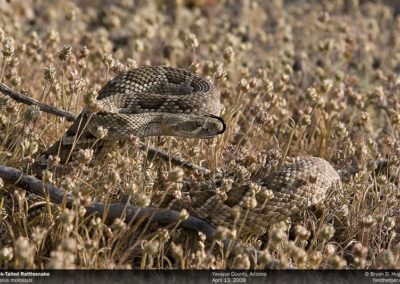 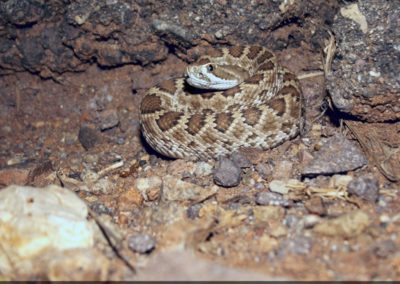 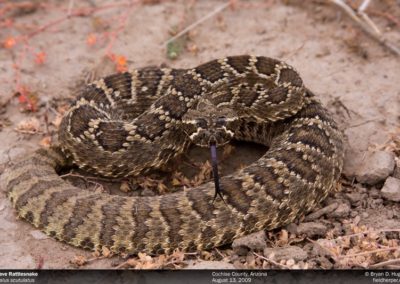 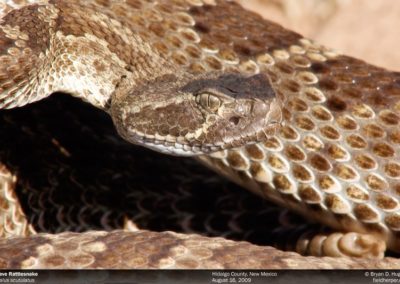 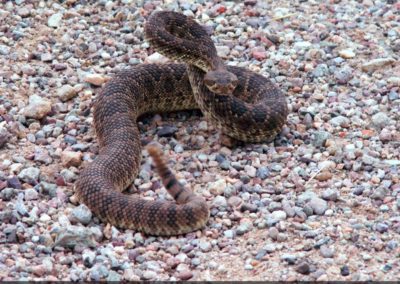 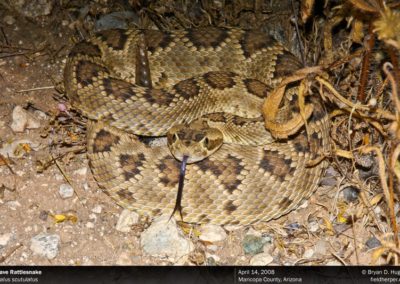 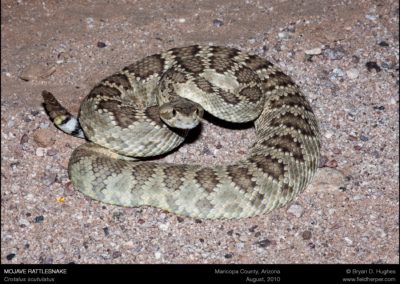