The Desert Nightsnake is one of the most commonly seen snakes in the Cave Creek area. They are found in yards and inside homes throughout the city, even in very well developed urban areas. 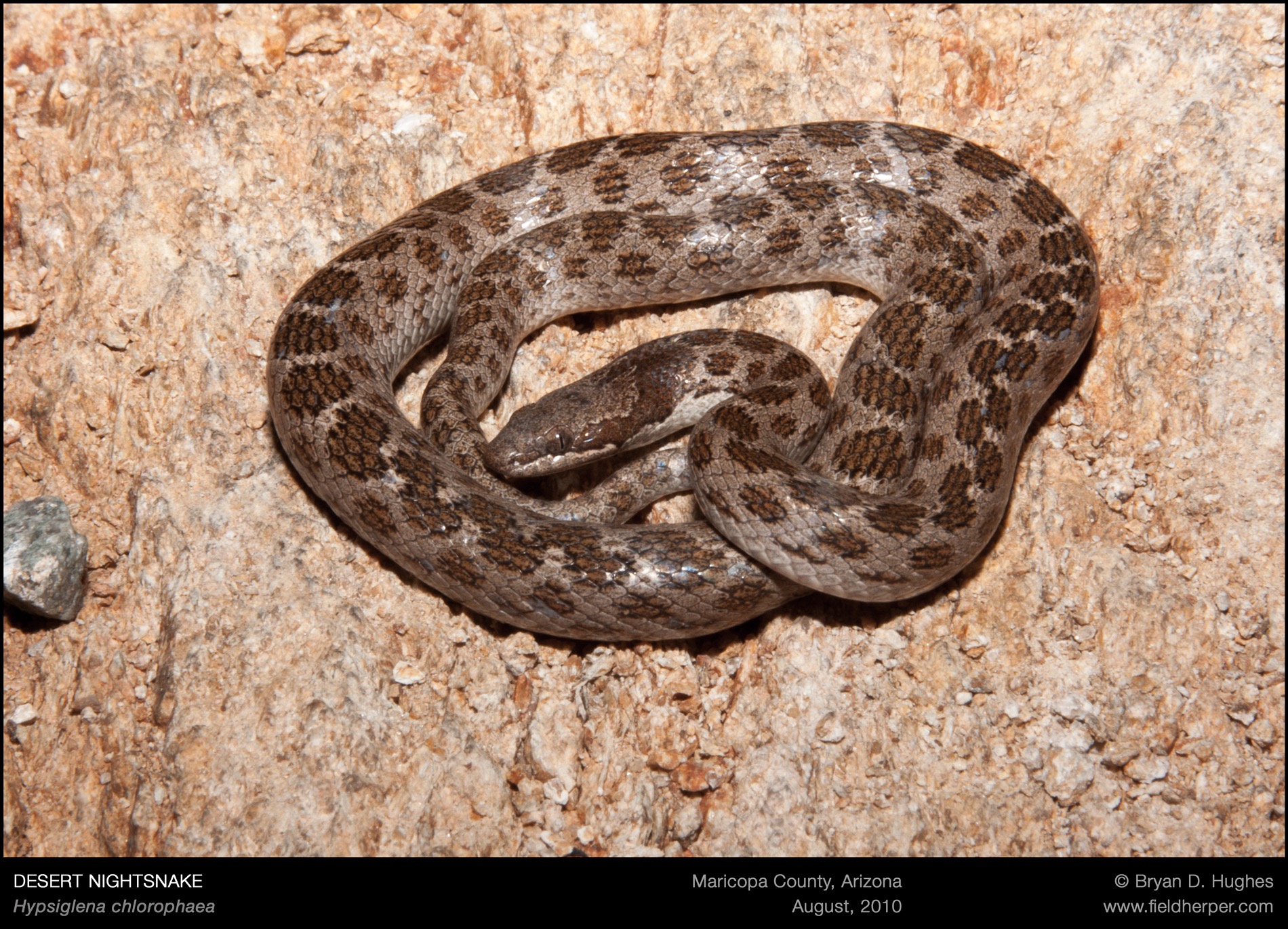 Nightsnakes are small, and those found in the city are usually only around a foot in length. They are often reported as “baby snakes” or “baby rattlesnakes”, even as full-sized adults.

They look superficially like rattlesnakes, especially when using the array of misinformation that exists on how to identify a venomous snake. Nightsnakes have vertical pupils, a triangular head, and have a pattern that looks very similar to that of a Twin Spotted Rattlesnake (which lives nowhere close to the Phoenix/Cave Creek area). They also coil into tight coils, just like a rattlesnake, and even rattle their tails when scared. However, they have a pointed, tapered tail, rather than a rattle, and are completely harmless.

Nightsnakes are the most likely of all snakes in the Cave Creek area to be found inside of homes. They often come through pipes, under sliding doorways and generally find cracks and access to interior areas at a  much higher rate than other snakes. They are commonly seen in bathrooms, kitchens, and laundry rooms for this reason. 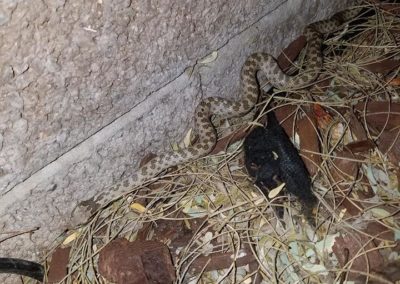 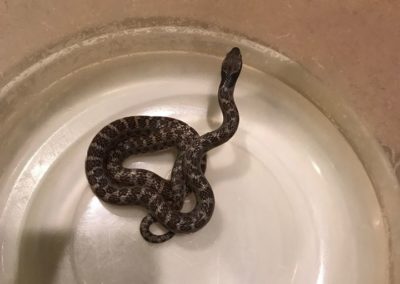 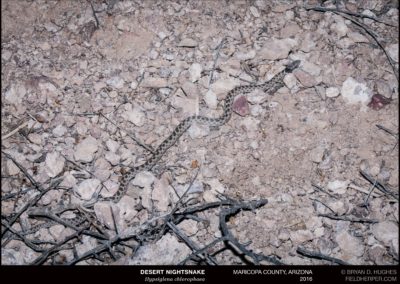 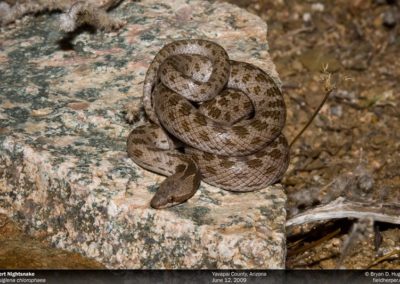 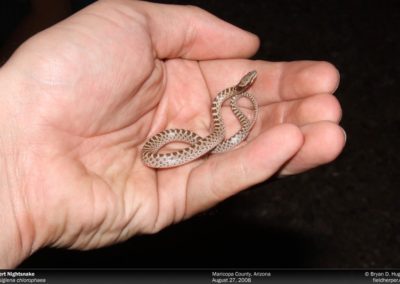 Sightings and Photographs by Residents of Cave Creek 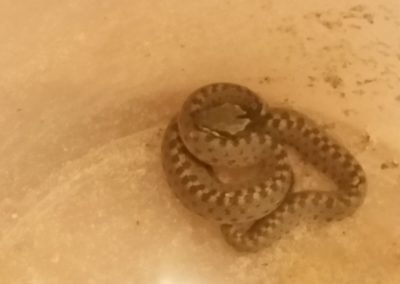