Kingsnakes are one of the more commonly encountered snakes in Cave Creek, able to thrive in developed backyards and parks. 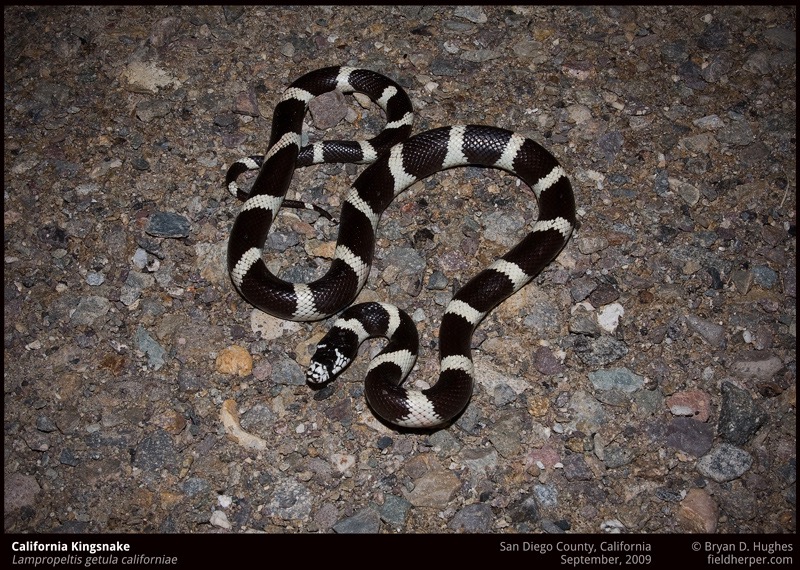 The California Kingsnake is usually identified by the stark white and black, or yellow and black, banding that runs the length of the body. However, they are very often confused with baby Longnosed Snakes, which have a very similar pattern. The Kingsnake’s head shape is slightly different, with a more rounded appearance. The banding is also more complete at the sides, where a Longnosed Snake’s bands may include blotches of white or grey on each side.

Kingsnakes are medium-sized, harmless snakes. Adults in Cave Creek are commonly in the 3′ range, with exceptional animals approaching 4′. They are often found as babies during August and September, having found their way into garages and homes.

They are generally considered as beneficial snakes, regardless of fondness for snakes, since they regularly prey on rattlesnakes. The presence of a Kingsnake on a property may help deter or eliminate rattlesnakes. 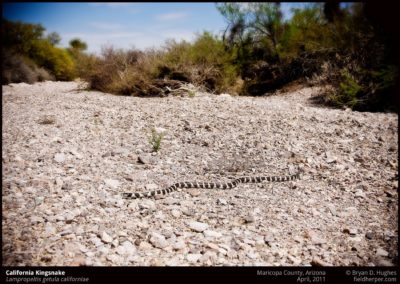 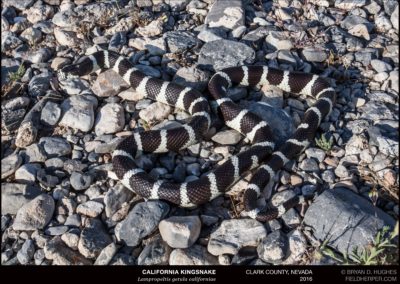 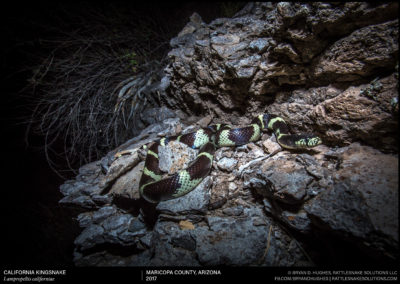 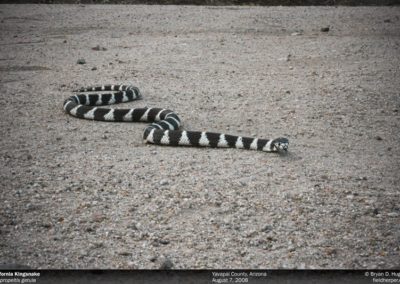 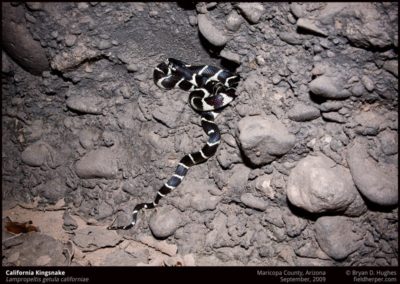 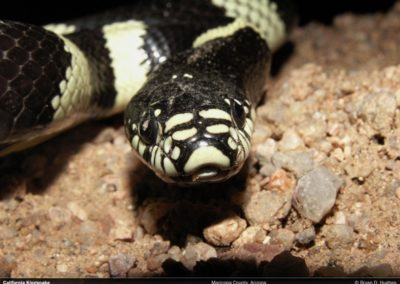 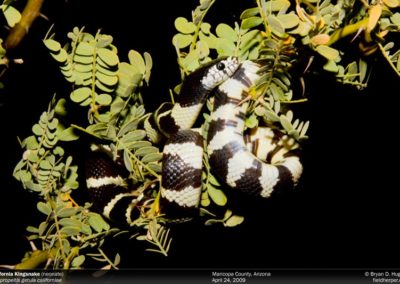 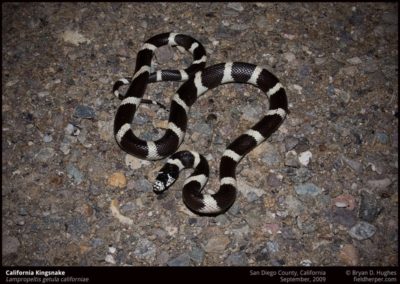